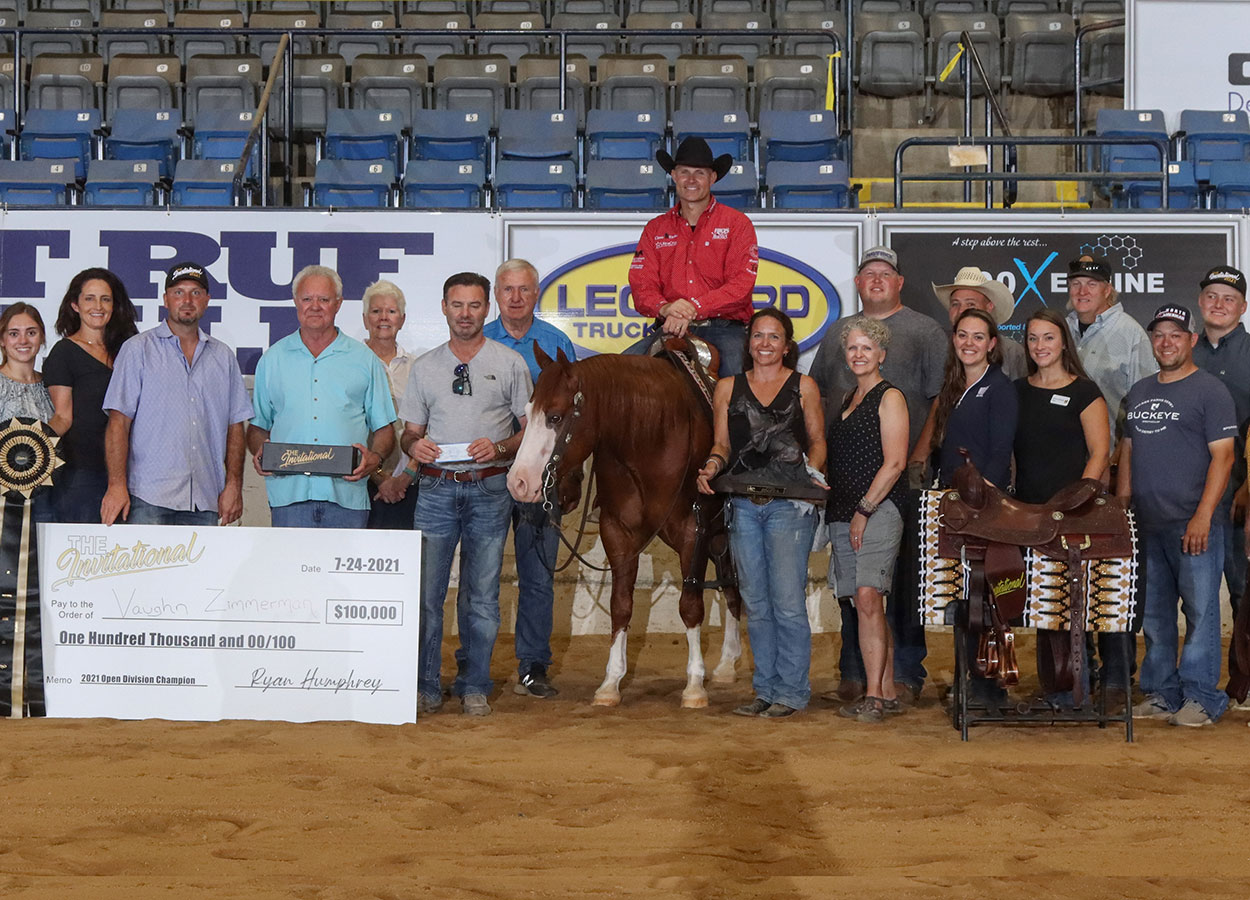 $100,000 Payday for Excessive Rufness & Jason Vanlandingham at The Invitational

The futurity season is young, but Excessive Rufness is already the richest youngster on the block.

Ridden by Jason Vanlandingham, the son of National Reining Horse Association (NRHA) Triple Crown champion Not Ruf At All won the first-ever Invitational Open on Saturday, July 24, at the North American Reining Stakes in Lexington, Virginia.

The Invitational is a stallion program that ran in conjunction with the North American Reining Stakes Futurity. To be eligible to enroll in the program, a stallion must have offspring earnings of less than $1 million the NRHA and have 3-year-olds eligible to compete.

The 223 marked by Vanlandingham and Excessive Rufness not only landed them the $100,000 first-place paycheck in the Invitational Open, but they also banked another $7,709 for earning the Level 4 Open Reserve Championship in both the North American Reining Stakes Futurity and the McGee Farms Futurity.

“This horse has been good all the way through. He’s been one with a ton of natural stop and has a lot of quickness in his feet,” said Vanlandingham, who trains the horse for owner Vaughn Zimmerman, of Rogersville, Missouri. “He’s easy to change leads on, he’s pretty to look at and he’s been the whole package.”

Excessive Rufness is from the same female family that produced NRHA Triple Crown winner A Vintage Smoke, as mother, Smokin Lady Gunner (by Colonels Smoking Gun[Gunner]), is out of Lady Smoke Peppy, who is the mother of A Vintage Smoke.

Bred by Karl and Debbie Hapcic, Excessive Rufness was one of three progeny of Not Ruf At All to pull big checks in The Invitational Open. Two of the stallion’s progeny, One Ruf Kid and Ruf Steppin, each earned $15,250 for tying for third.