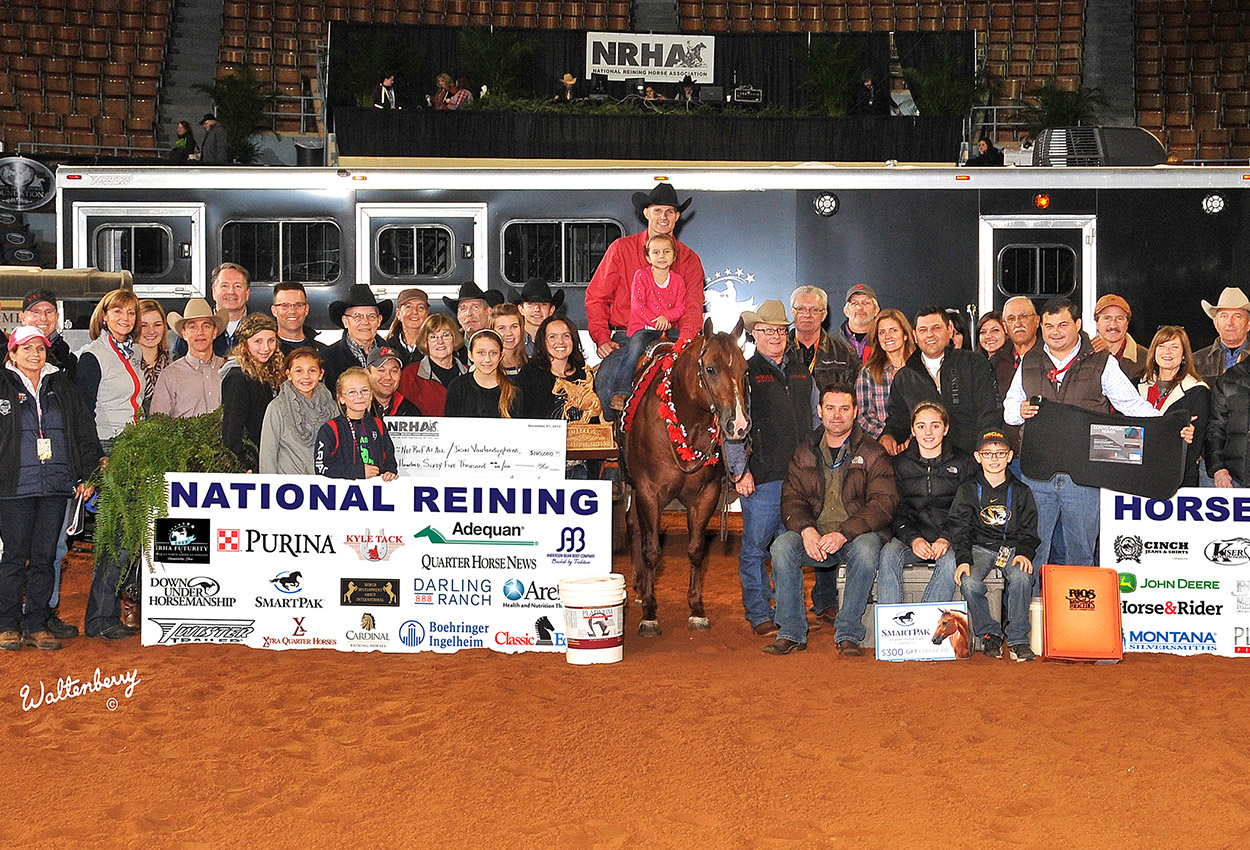 Not Ruf At All and Jason Vanlandingham
are NRHA Futurity Champions

Not Ruf At All and NRHA Professional Jason Vanlandingham (Whiteboro, Texas) marked the score to beat from draw number 2 in the second section of the finals. Their 225.5 held through nearly 30 more runs and they claimed the level 4 open championship. To date, he has earned more than $31,000 including championships at the Hollywoodstinseltown and High Roller Reining Classic Futurities. The win tonight added another $165,000 to that tally, including the $8,250 nominator incentive for Petra Zeitler Connor. Not Ruf At All was consigned in the 2012 NRHA / Markel Insurance Futurity Sale. Vaughn Zimmerman owns the stallion that is by A Sparkling Vintage and out of All Ruffed Up (by Lil Ruf Peppy). Not Ruf At All’s earnings unofficially moved Zimmerman onto the NRHA Million Dollar Owner list.