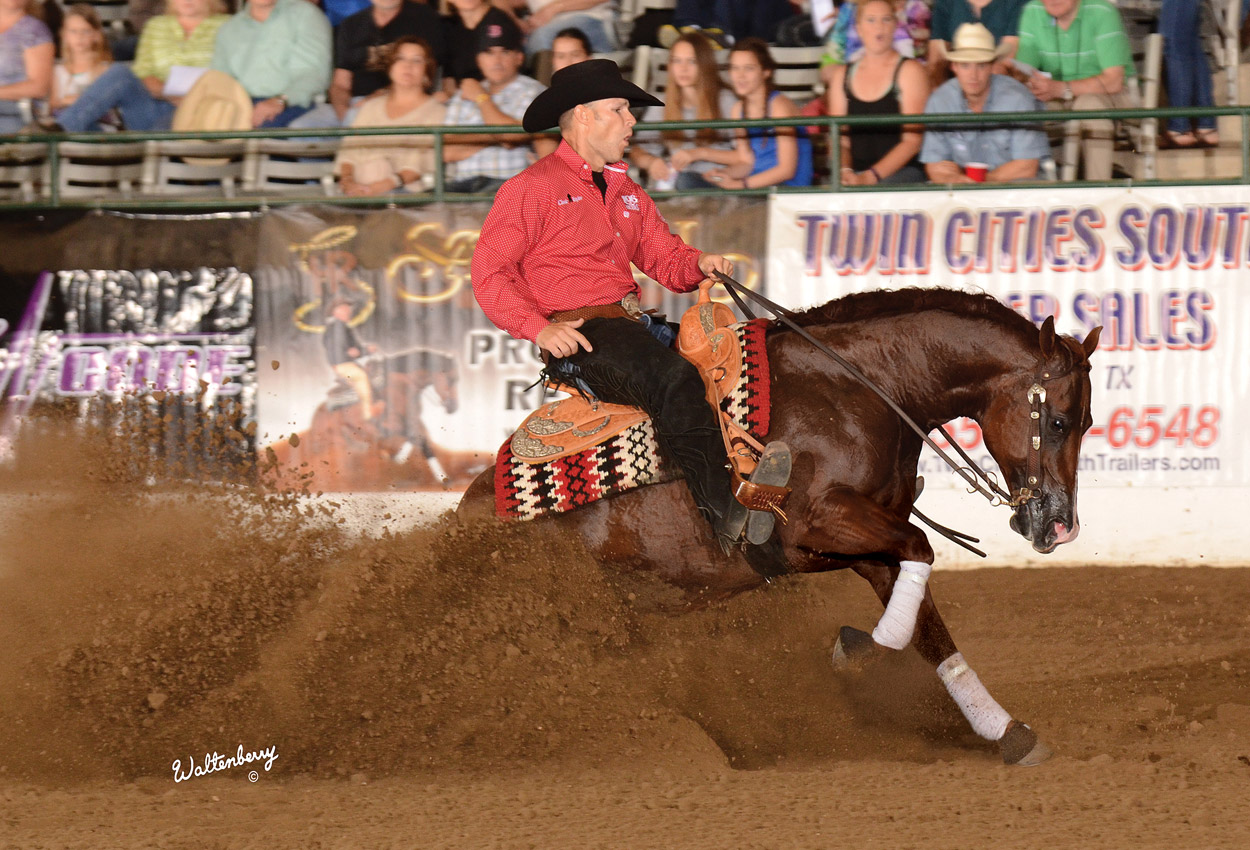 “The Final Jewel. After winning the National Reining Horse Association (NRHA) Futurity in 2013 and the NRHA Derby in 2014, Not Ruf At All didn’t have much to prove in his final year of limited-age competition. He still brought everything he had and secured the third leg of reining’s Triple Crown when he marked a 231 for the Level 4 Open Championship.”