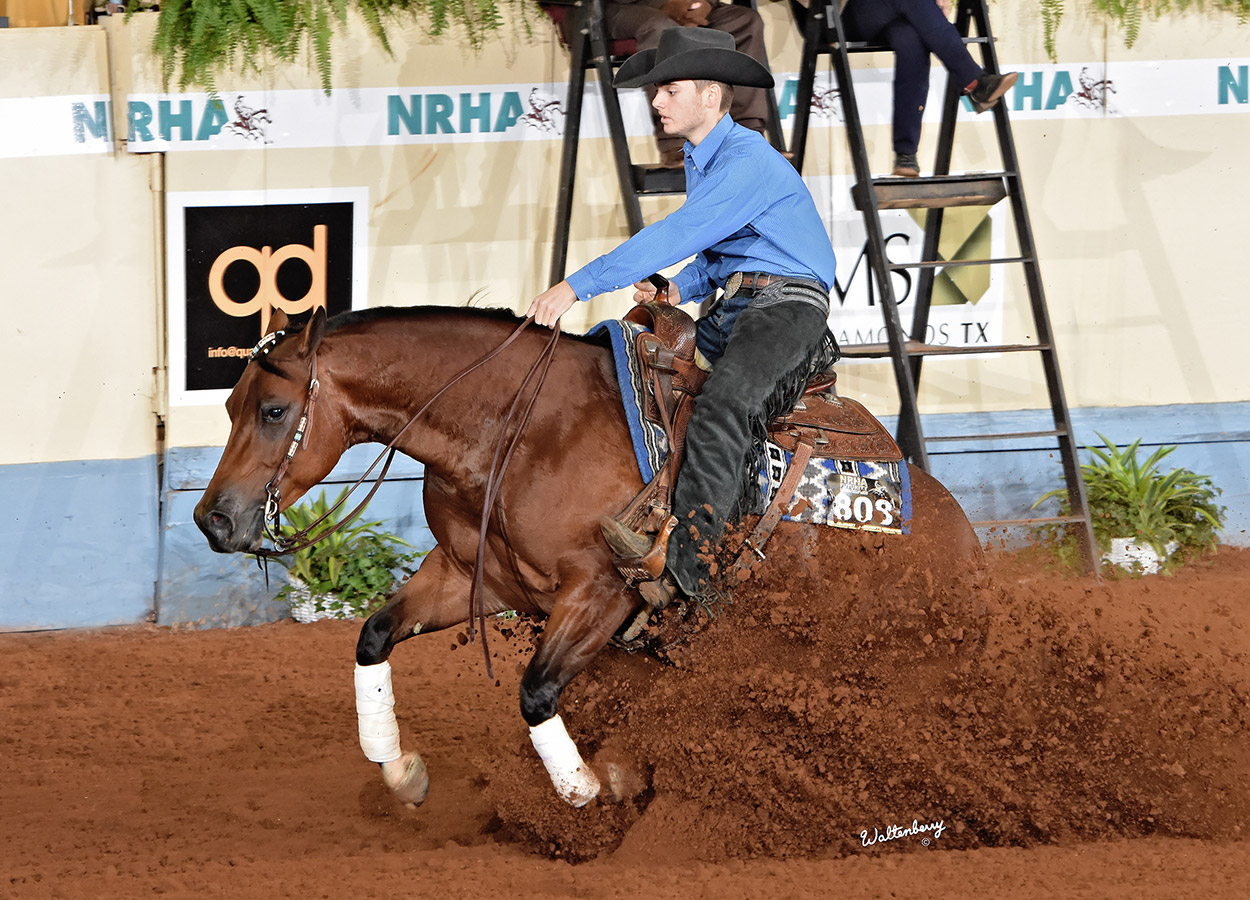 Jacob Zimmerman, of Springfield Missouri, teamed up with his horse Rufin Up The Chics for a 215.5 and the L2 Non Pro Championship worth $25,741.

Rufin Up The Chics is by Not Ruf At All out of Ms Playalotta Chic, and was nominated by his dad, Justin Zimmerman.

Zimmeran, who celebrated his 16th birthday a week prior to the NRHA Futurity, thanked Arno Honstetter for selling Rufin Up The Chics, a horse he calls “Elon,” to the Zimmerman family.

“I just got him two and a half weeks ago from Arno Honstetter,” Zimmerman said. “My grandpa Vaughn Zimmerman, and my father, Justin Zimmerman, own him. Arno didn’t know if he was ready to show in the Open, so I got him. The situation worked out great for me.”

Zimmerman had never shown Rufin Up The Chics prior to the NRHA Futurity.

“I just rode him as comfortably as I could and hoped for the best,” he said. “I think we’re going to keep him, and if we do, I’m planning to show him next year and the year after that. We will just have to see.”

Zimmerman was proud of how the horse stepped up in a high-pressure situation in the Finals.

“Today I marked a 215.5. He was really good. I couldn’t have asked him to be much better,” he said. “He listened to me and did everything I asked. He could have turned a little bigger, but overall he was very good.”

Zimmerman thanked his trainer, Bobby Avila, Jr., as well as his family and Arno Honstetter for having the horse well trained. “I thank my family the most, my dad Justin, my grandfather Vaughn, and my mom Leah. They helped me get here,” he said.