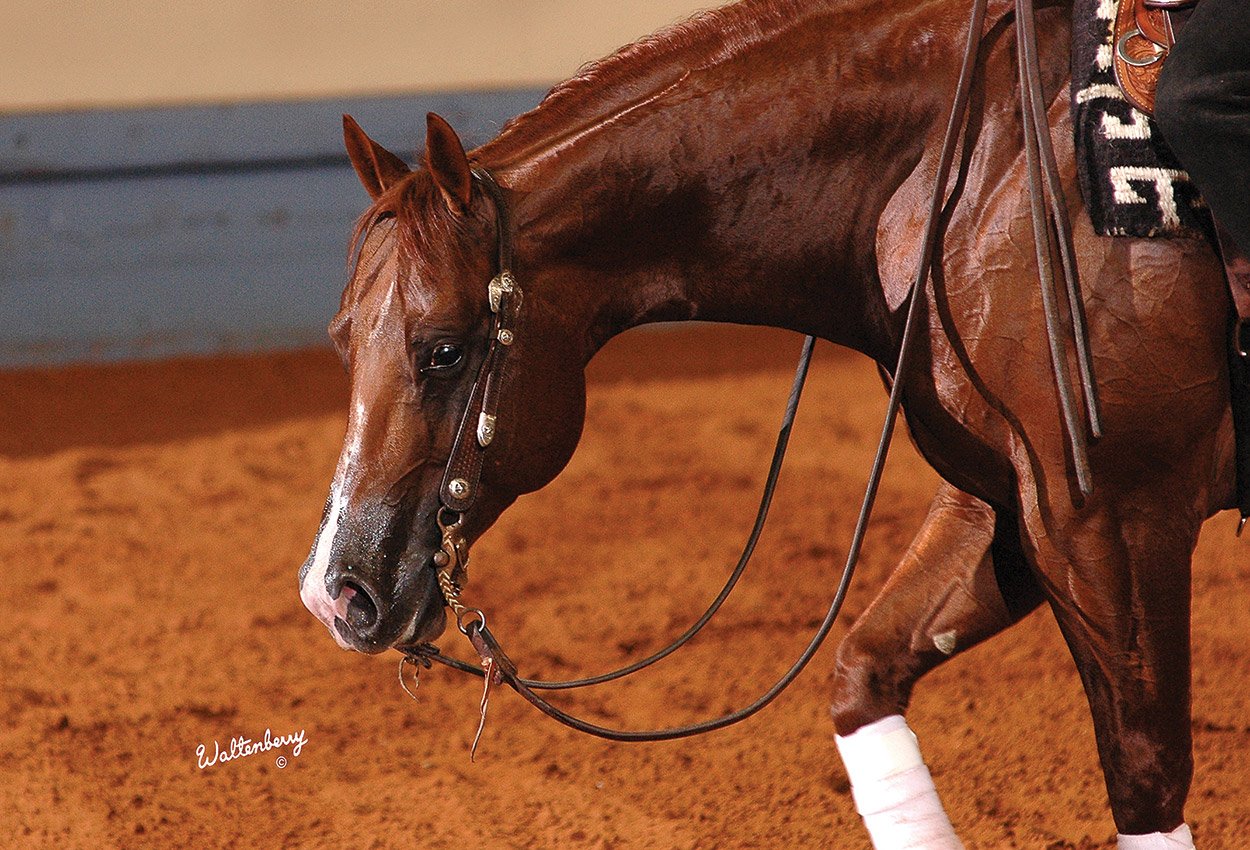 Not A Ruf Night For Not Ruf At All & Jason Vanlandingham

The weather outside was frightful on Saturday night, Dec. 7, but it wasn’t a “ruf “night for Not Ruf At All, a 3-year-old stallion owned by Vaughn Zimmerman and ridden by Jason Vanlandingham, Whitesboro, Texas, to the Open Level 4 championship of the National Reining Horse Association (NRHA) Futurity Open finals held at the Oklahoma State Fair Park in Oklahoma City, Okla.

The unwelcome bad weather, was loaded with sleet, hefty winds and below-freezing temperatures that closed roads and airports and was the cause of the roof of Robert Chown’s indoor arena to cave in prior to his run in the finals. Many foreigners and out-of-state riders and fans, who either rode in the event or came to Oklahoma City to watch the event, were unable to fly home – including many who drove from Texas and were unable to drive home following the event due to impassable roads.

Not Ruf At All, the son of A Sparkling Vintage out of Lil Ruffed Up by Lil Ruf Peppy, topped the other 59 horses in the finals with a whopping 225.5 score, taking home the $165,000 first-place paycheck, which included $8,250 in nominator incentive money for Petra Zeitler Connor, plus several special sponsor awards. Prior to his NRHA Futurity win, the stallion had earned more than $31,000, which included championships at the Hollywoodstinseltown and High Roller Reining Classic Futurities. The win also moved owner Vaughn Zimmerman into the NRHA Million Dollar Owner list.

Jason got Not Ruf At All in January with Bobby Avila, Jr. riding him as a 2- year old. Tulsa was the first show for the stallion but his rider had a lot of confidence in him and rightfully so, as the pair went home with their first championship. Following his Tulsa win, Jason said, “I’ve never had a horse that can stop like he can. I know I can run down there and have something big happen!”