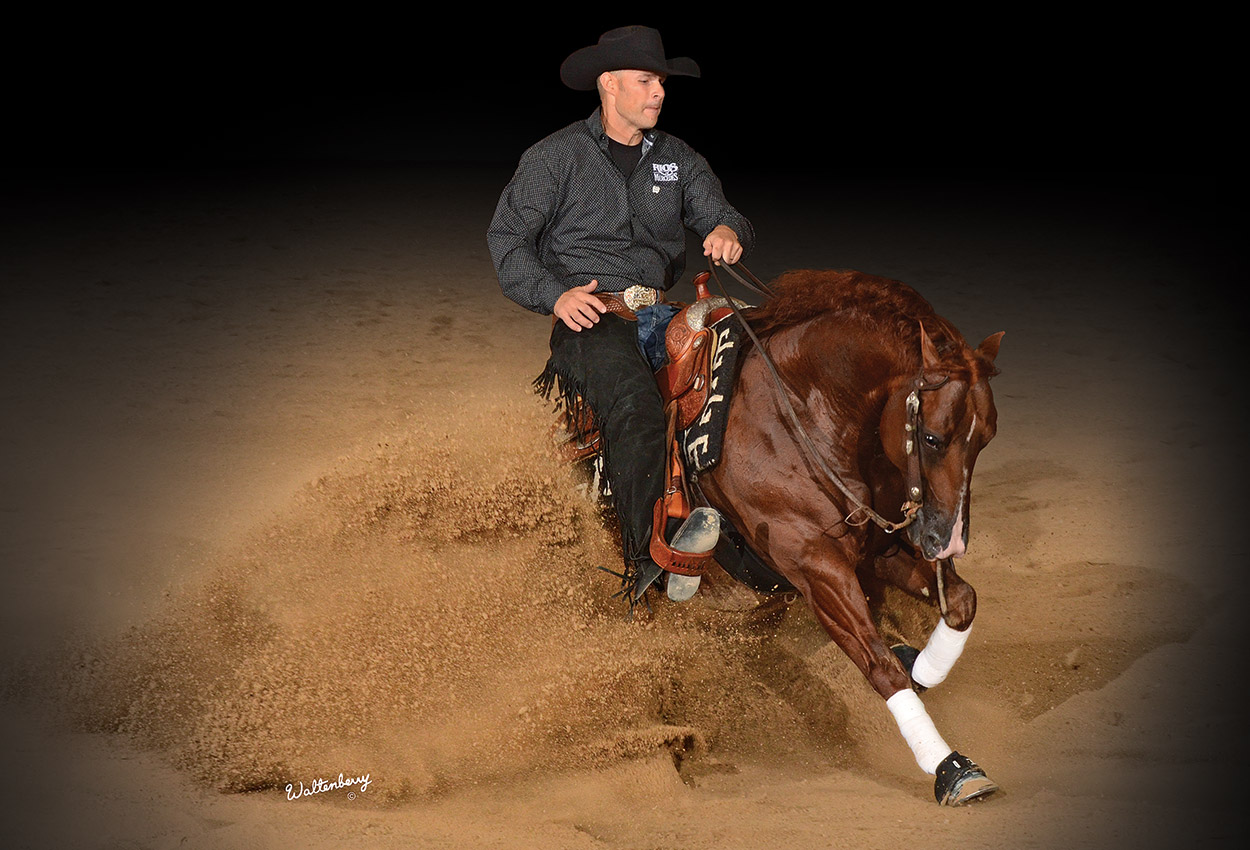 Not Ruf At All Does It Again

The High Roller Reining Classic concluded on Sept. 20 with a large and contentious group of horses in the Lucas Oil Derby Open and Whizkey N Diamonds Stakes Open. When it was all said and done, Not Ruf At All and Jason Vanlandingham added two more major titles and substantial earnings to their records.

Vanlandingham and the 4-year-old stallion owned by Vaughn Zimmerman were the 21st draw in the 46-horse second section of the Derby and Stakes Open finals. SG Frozen Enterprise and Andrea Fappani had posted the score to beat – 223.5 – as the 10th team to compete. Vanlandingham didn’t know that at the time, though. So when his score of 224.5 was announced, he was a tad disappointed.

“I thought I would be a [2]29 or [2]30. I thought I had that kind of a run,” Vanlandingham said. “Whenever I heard my score – they’ve been pretty tight here all week –they said [2]24.5 and I went back and watched my video, I thought I must have done something wrong. But that’s the way they’ve been judging, and that’s fine, as long as they get them in the right order.”

An enthusiastic crowd obviously thought the judges did get the order right, reacting to Not Ruf At All’s score with whoops and clapping. Vanlandingham was also pleased with “Vinny’s” performance, which earned the winner’s check of $15,178.

“I had a little bobble tonight in my left-side turn, which is normally is his best way of turning. I haven’t been schooling on him at all, just let him do his thing,” Vanlandingham said. “I went in there and I drew on him like I normally do and he sucked back a little bit. But the rest was as good as he’s ever been. He circled the best he’s ever circled.”

“His mind, his athleticism, his try – his heart is amazing. He tries with every ounce of energy that he has,” Vanlandingham said of Not Ruf At All. “He just has a little extra something that most horses don’t have. He’s one of those very special horses.”