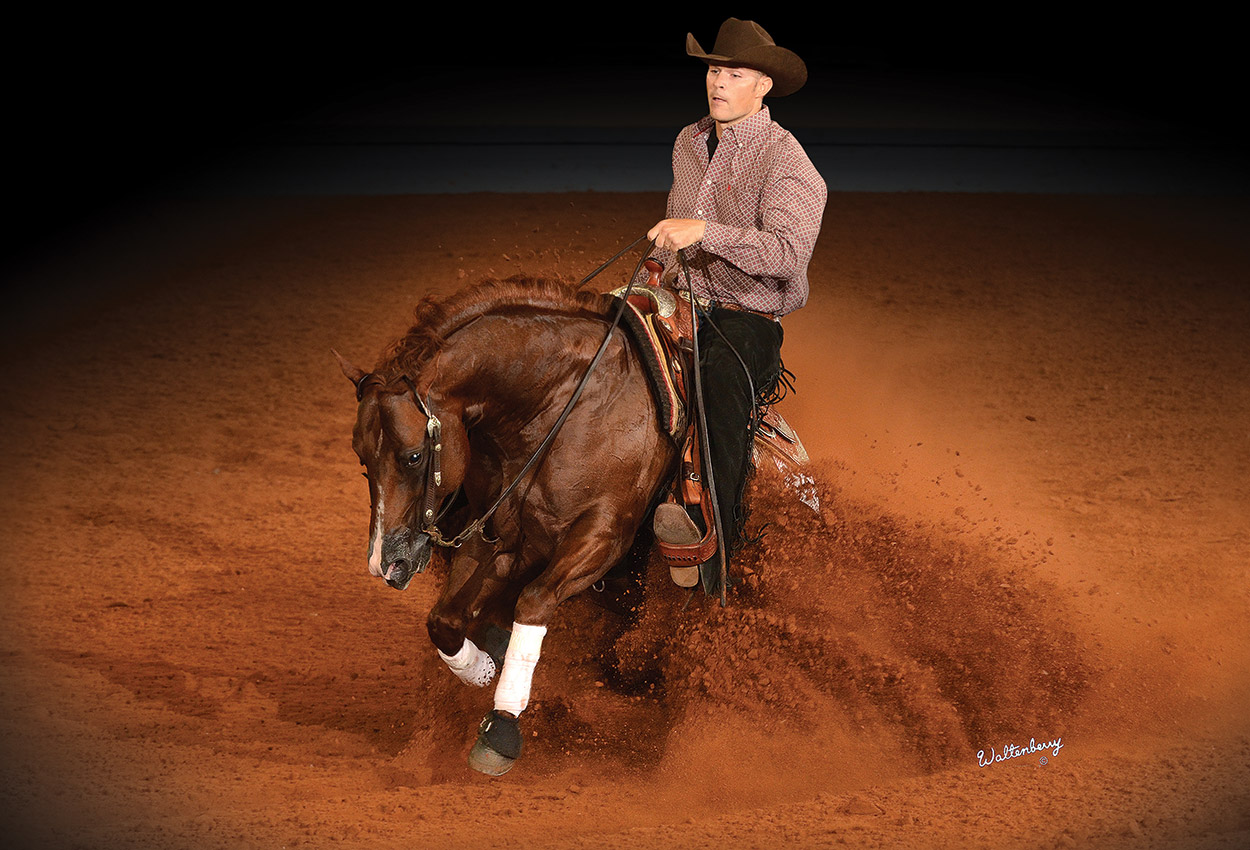 Not Ruf At All Wins NRHA Derby

The 2014 National Reining Horse Association Derby concluded Saturday night with the $428,000-added open finals at the Oklahoma State Fair Park in Oklahoma City. The NRHA Derby show is NRHA’s premiere event for the world’s best 4-, 5- and 6-year-old reining horses. This year’s derby finals were the richest ever, paying out approximately $961,000 to owners and nominators of open and non-pro finalists.

During the open go-round, 571 entries competed for a spot in the finals with 75 of the top-scoring horse-and-rider teams invited back to Saturday night’s event. Until the very end of the finals, thousands of reining fans, watching in-person and online, were treated to exciting leader board changes. Many fans were anxious to see if one of the two past NRHA Futurity champions – Not Ruf At All and Americasnextgunmodel – would follow-up with another major NRHA event championship. In the end, 2013 NRHA Futurity champions Not Ruf At All (A Sparkling Vintage-All Ruffed Up, $220,500 NRHA LTE) and NRHA professional Jason Vanlandingham of Whitesboro, Texas, bested the field by three points for the win with a score of 229.

Vaughn Zimmerman’s stallion, nominated by Petra Zeitler Connor, won $60,000 for the Level 4 open championship ($57,000 to the owner and $3,000 to the nominator). Level 4 open division awards included an NRHA Lawson trophy, a $5,000 gift certificate from Twister Trailer, a saddle from Bob’s Custom Saddles, a Montana Silversmiths buckle, a $300 SmartPak gift card, Purina feed, a pair of Rios of Mercedes boots, Platinum Performance CJ, a Classic Equine pad, a pair of Classic Equine skid boots, $300 gift card from Pard’s Western Shop, a $100 gift card from Kyle Tack, a pad from Center Back Pads and Vetericyn.

Prior to his successes in the show arena, Not Ruf At All was consigned to the 2012 NRHA/Insurance Futurity Sales.